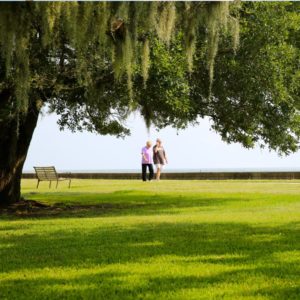 Pat Brister, St. Tammany Parish President, announced today St. Tammany has been selected as a premier retirement destination by Where to Retire Magazine in their March/April 2018 issue. As a lakefront community with several amenities like the St. Tammany Fishing Pier, Tammany Trace, rivers, swamps, beautiful landscapes, and diverse wildlife, the article describes St. Tammany as a place that offers outdoor recreation of every sort. It touts the “pure solace” of these things combined. According to Where to Retire, approximately 700,000 Americans relocate to new towns to retire.

“We certainly take pride in the fact that we have something for everyone, no matter your phase in life. It looks like they’ve discovered our secret — and we welcome anyone who wants to share in our abundant lifestyle,” said Pat Brister, St. Tammany Parish President. “We have families here that are multi-generational, and this is the foundation for our strong, diverse identity and our ever-present sense of commitment to community.”

In January, Pat Brister presented a proclamation to the St. Tammany Council on Aging (COAST), which declared 2018 the Year of the Senior, which recognizes the 50th anniversary of COAST’s service to the 54,000 seniors in St. Tammany as well as their valuable contributions to Northshore communities. She called on residents to honor and respect our seniors in observance of this designated year.